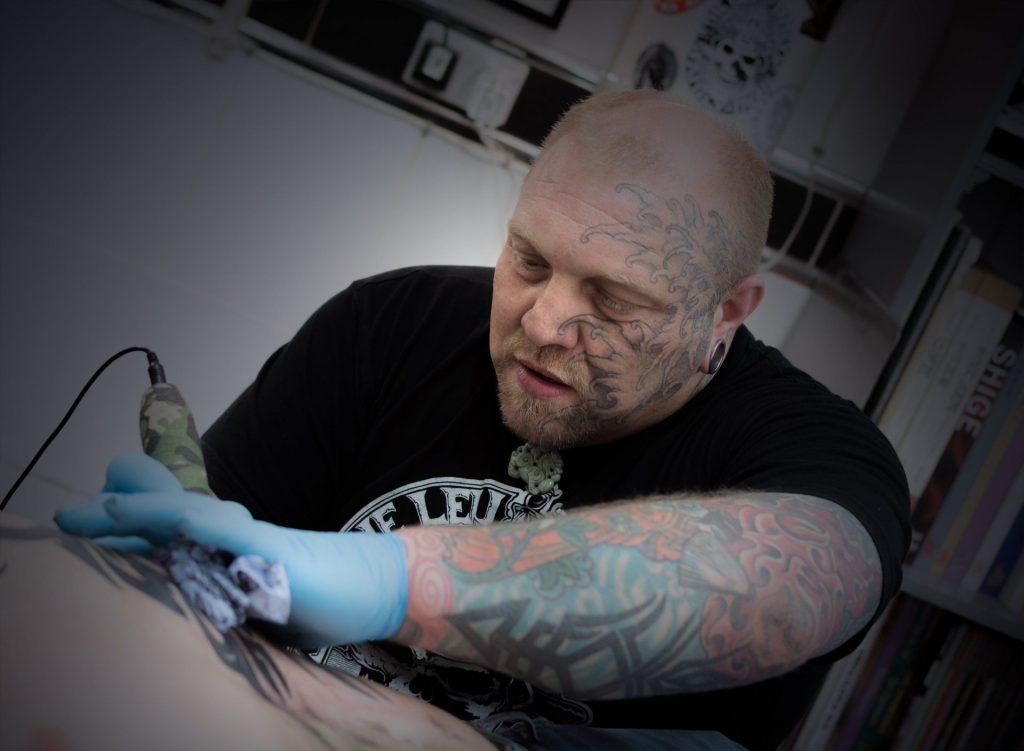 Frank has over 25 years of experience in tattooing. Frank opened his first Studio in Ruthven Lane, Byre’s Road. The studio has gone from strength to strength, and has been in its current incarnation since 2007, going on to become a prominent location in Glasgow’s West End – St George’s Road, Charing Cross which is a short distance from Glasgow city centre. He has taken part in various programmes as further testament to his credentials as an established tattoo artist.

Frank has also performed video and photographic work for Glasgow School Of Art, and judged at various tattoo conventions.

Frank leads a very spiritual life. He loves to travel, ride motorcycles and meditate. He is a great listener and is always willing to give his time to clients.

All styles of work are carried out including Japanese, Black & Grey, Traditional and Cover-ups.